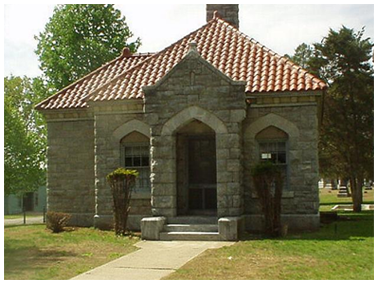 The Rome Cemetery Association was organized on August 7, 1851. Twenty-five acres were purchased from the farm of Thomas Williams for $2,313.50.

Howard Daniels, of New York City, was hired to lay out, design and improve the cemetery. Daniels was one of the foremost cemetery and landscape architects of the era.

The cemetery was officially dedicated on July 19, 1853. The Reverend H. C. Vogel gave the opening remarks. Ironically, the first interment in the cemetery was Reverend Vogel’s 25 year old son, Augustus. The original trustees of the Rome Cemetery Association were a prominent group of Romans that included many of the leading attorneys, bankers, doctors, and merchants of the City. 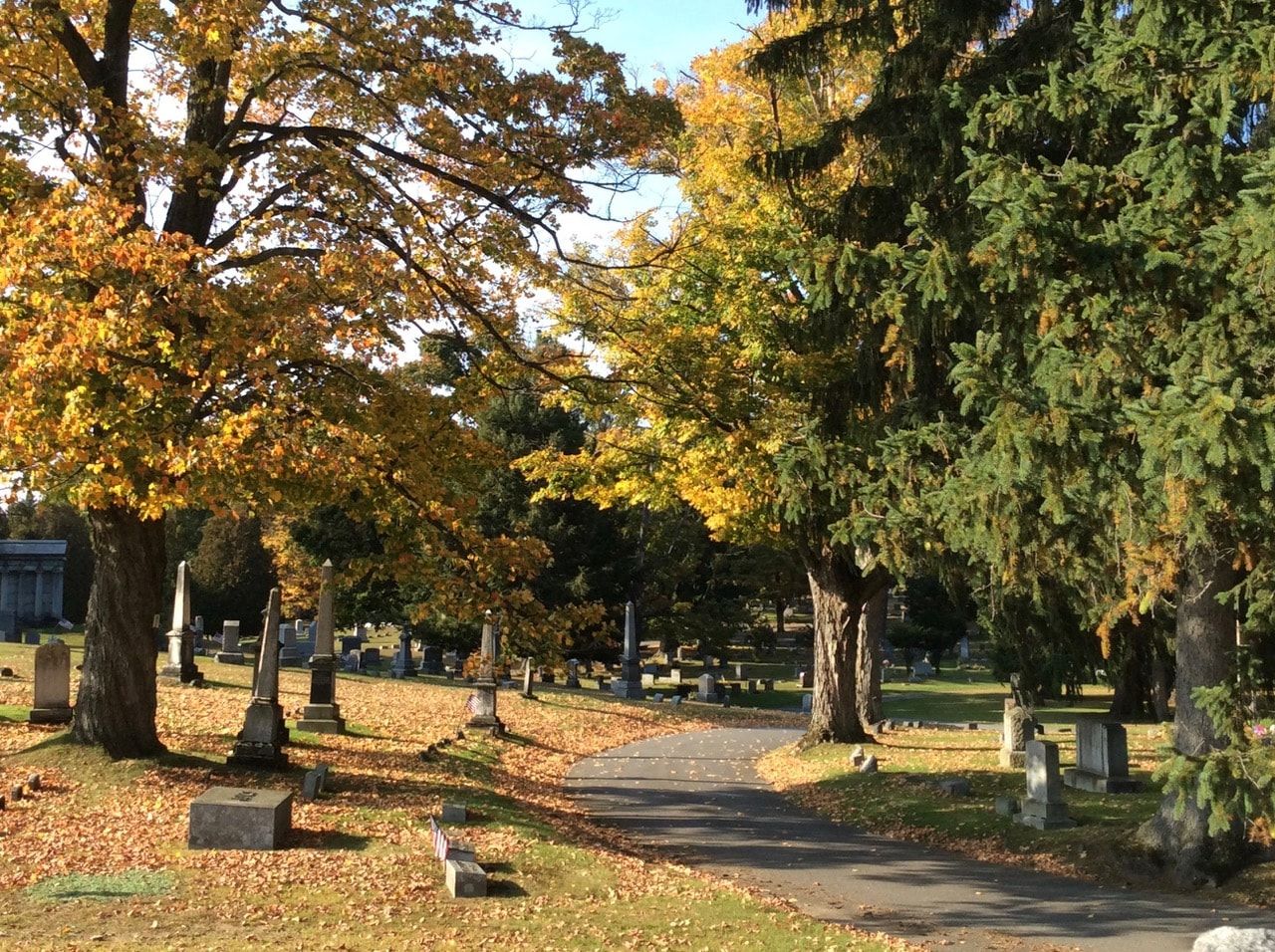 In 1893 the Kingsley Memorial Chapel was given to the cemetery by Dr. and Mrs. W. J. P. Kingsley in memory of their son, Dr. G. Lyle Kingsley who died of diphtheria, prematurely at the age of 26. The gothic style building is made out of Gouveneur marble and has a red clay tile roof. The chapel contains several beautiful stained glass windows. This gothic style was also employed in the construction of the vault in 1914 and the office in 1926.

In 1988 the Parker F. Scripture Memorial Carillon was given to the cemetery by his family. Scripture was a well-known local landscape architect and was also a member of the Cemetery Board. The carillon plays every hour from 8 am to 6pm and is capable of playing over 150 different tunes. Below are clips of the carillon music.  Requests can be made by contacting the cemetery office.

Many prominent Romans are interred in the Rome Cemetery. Some of the more interesting and noteworthy are:

Joshua Hathaway: Hathaway was a veteran of the Revolutionary War and was Quartermaster for the State of New York during the War of 1812. He was awarded the honor of turning over the first shovel of dirt for the Erie Canal in Rome on July 4, 1817. (Sec. F; Lot 27)

Jesse Williams: Williams revolutionized the making of cheese in the U.S. He transformed it from cottage industry done on individual farms into a factory system with the first factory in Rome. (Sec. F; Lot 11)

Henrietta Bowen: Bowen was a former slave who was able to buy the freedom of most of her children. (Sec. L; Lot 588)

Wilson Smith: Smith fought in the Civil War and was awarded the Congressional Medal of Honor. (Sec. J; Lot 66)

John B. Jervis: Jervis was an engineer who worked on the Erie Canal. He designed the Croton Waterworks which supplies water to NYC. The City of Port Jervis is named in his honor and the Jervis Public Library was once his homestead. (Sec. E; Lot 37)

Major Oscar Burkard: Burkard was awarded the Congressional Medal of Honor for his bravery at the Battle of Sugar Point during the Spanish American War in 1898. (Sec. P; Lot 7)

Rush Cady: Cady was a Roman who fought and died at Gettysburg. His unique graver marker is a Civil War hat. (Sec. C; Lot 17)

Francis Bellamy: Bellamy was the son of the pastor of The First Baptist Church in Rome. He wrote the Pledge of Allegiance in 1892. The Bellamy gravesite and memorial is one of the most visited sites in the cemetery. (Sec. D; Lot 63)

Dr. W.J.P. Kingsley: Kingsley was a prominent physician, entrepreneur and philanthropist. He started one of the first cancer clinics in the United States. Dr. Kingsley, his wife and his children are all buried around the Kingsley Monument. The obelisk monument is one of the most significant gravesites in the cemetery. (Sec. H; Lot 116)

From its original twenty-six acres in 1851 the cemetery has grown to 140 acres with over 10 miles of road. The cemetery has a staff and board dedicated to maintaining and enhancing the beauty of our grounds and our unique buildings. This is quite a challenge given the size of the cemetery, the rolling terrain, the number of trees and the age of our buildings. But these are the qualities that make our cemetery serene and beautiful. It is a challenge we gladly accept in order to preserve the uniqueness of the Rome Cemetery.